What ‘Mental Slavery’ is to Africa… The root

Absolute freedom of the mind aptly described total emancipation of man from mental slavery. This is also wrapped with human’s dignity in freedom of speech.

The mental slavery or mental slave in today’s Africa crept in over 400 years ago when the merchants from the west set in motion Trans Atlantic slave trade – the world most brutal and condemned business activities. Known as the Euro-American slave trade, it generally involved in the transportation of enslaved African people mainly to the Americas by slave traders.

The Inhuman trade activities which existed from the 16th to the 19th centuries recurrently made use of the triangular trade route and its Middle Passage.

Records showed millions of people who were enslaved and shipped in the transatlantic slave trade were from West and Central Africa. They were either sold by their fellow Africans or by half-European ‘merchant princes’ to Western European slave merchants.

Some were also captured directly in coastal raids by slave traders who took them to the Americas.

The entire world became a soothing atmosphere when the move for the abolishment of the slave trade emerged in 1807. At around the 19th century, the austere and multiple campaigns and chants against the slave trade only expounded the abolition in terms of morals and humanitarian movement.

Slave trade, the dark side of human trade activities, had intuitively held back the mental freedom of the affected race. However, just very few know the origin “mental slavery” and its essential connection to Africa.

Garvey, born in Jamaica, coined the term “mental slavery” in 1938 in a speech.

He emphasized in the context of knowing African history – including the plight and advances made by Africans in the struggle, tracing one’s roots, going back to Africa, and continuing the fight for liberty.

He emphasized that Africans can abolish “mental slavery” by knowing their history and tracing their origin.

The victims, Africans, generations, still battle the term “mental slavery” or “mental slave” basically in the economy, socio-cultural factors, religion, innovations among other spheres of life till date.

Somebody may have been abolished Transatlantic slave trade. Still, its traits and ripples effect has, over centuries, impede the liberation of Africans from mental slavery – the freedom of the mind and innovation.

People of Afro-Caribbean and African-Americans whose descent are mostly African ancestry also battle for emancipation from mental slavery or mental slave.

Marley, in his epical Redemption song, accentuated the need of knowing one’s history and root as the key to fighting for equality, racial justice and emancipation from “mental slavery”.

Old pirates, yes, they rob I

Sold I to the merchant ships

Minutes after they took I

From the bottomless pit

But my hand was made strong.

By the hand of the Almighty

We forward in this generation

Emancipate yourselves from mental slavery

None but ourselves can free our minds!

Have no fear for atomic energy

‘Cause none of them can stop the time.

How long shall they kill our prophets?

While we stand aside and look?

Some say it’s just a part of it.

We’ve got to fulfil the book.

We’ve got to fulfil the book. 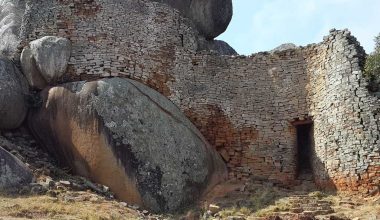 Read More
GGeneral
Great Zimbabwe, a ruined city in the south-eastern hills of Zimbabwe near the town of Masvingo and Lake Mutirikwe – It is one of the oldest 'black heritage'. 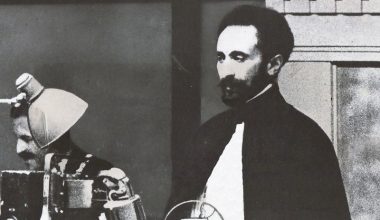 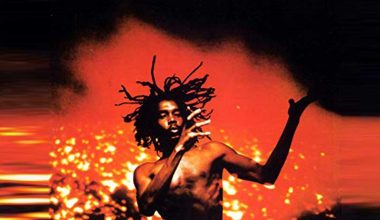 Read More
GGeneral
Pick Myself Up